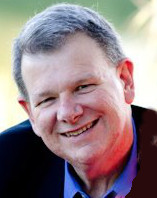 Ron placed his faith in Christ as a young teenager. He joined the local Methodist church and later a Pentecostal church. Ron joined Full Gospel in 1989 as the pastor of a local fellowship. Ron has, over the years, served in a variety of ministry-focussed positions from youth work to missions, in local churches and para-church organisations. He has taught in Bible colleges and ministry training schools  as well as engaging in a number of successful businesses. He currently serves with his wife, Justine providing support and member care for pastors throughout Australia and is the Dean of the College of Ministry Leadership.

Ron holds a Master in Ministry with a major in Leadership (Harvest), an Executive Master of Business, Leadership through Coaching and Mentoring (EMBA – LCAM) from Queensland University of Technology [QUT], and an Executive Graduate Certificate in Business Administration (QUT). 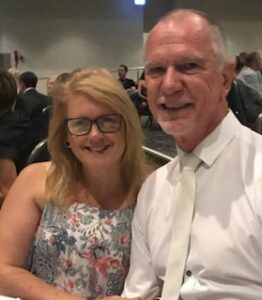 Colin has been serving the Lord since October 1975 after getting saved in the Salvation Army in Sydney and serving later in a Pentecostal church. He attended Bible College, gaining a Diploma of Ministry in 1979, and shared the Gospel in many areas including, outreaches, Street Evangelism, Lecturing in Bible Colleges, Pastors Intensives, Overseas Mission trips, Pastoring and Church-plantings.

Deb and Colin met in the NSW Southern Highlands. They raised four wonderful children Tara, Tim, Lachlan and Rhyss who serve the Lord and have in turn produced eight beautiful grandchildren. Deb also served on the Board of the Foursquare Women’s Ministry for fifteen years running many successful women’s camps and seminars. Together they continue in the service of the Lord, reaching out both locally and internationally through every door the Lord opens.

Since 2002 they’ve pastored New Hope Church in Swansea, NSW, and continuing their evangelistic ministry style. Colin served on the Board of Directors in the Foursquare Church over three terms before joining Full Gospel Australia in 2018 .

In 2011, Colin commenced ministering on Newcastle’s RhemaFm with a weekly radio programme, currently in it’s tenth year. In 2016 Colin ran for local government in Lake Macquarie, NSW. His success as a Councillor has opened many opportunities for politicians to hear the Gospel of Christ.
Scroll to Top 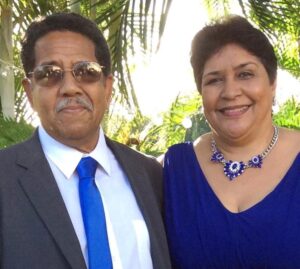 Henry and Merle have ministered in New Life Fellowship in the Redlands area of SE Queensland for about twenty years. They have a love for the Body of Christ, the local church and missions. They have a genuine and recognised “Shepherd’s ” call on their lives to serve the people and to follow the teachings of Jesus.

They are interested in reconciliation of the community to have a relationship with God through faith in Jesus Christ, restoration of the wounded and hurting into the plan of God for their lives, the refreshing of believers, and the releasing of mature believers into all God has for them. They are also particularly interested in the local church and missions.
Scroll to Top 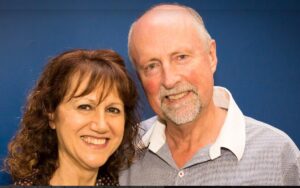 Ray and Demie minister in Clear Vision Fellowship in Bellview Heights in South Australia, they been spirit-filled Christians for more than 45 years. In 1986 following the guidance of the Holy Spirit, they left Adelaide and established a vibrant church in London and also assisted in the development of a number of other churches in the United Kingdom. Ray and Demie arrived back in Adelaide in 1995, and the Lord has used us to establish ClearVision Church.

They are interested in developing leaders, the local church, the things of the Spirit and missions.
Scroll to Top 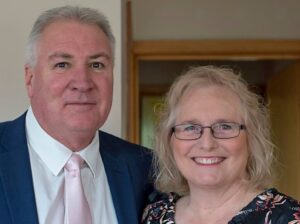 Leo and Rosemary pastor Trinity Life Church in  Blackmans Bay, Tasmania. They value connecting together in the Presence of God to honour and worship Him, hearing His word and encouraging each other.  Leo holds a Doctorate from Tabor College, is an author and a keen researcher. They love the local church, raising leaders and local missions. When not walking his dog, Leo enjoys directing traffic at his local school crossing and watching dolphins.
Scroll to Top

Andrew and Meker have a deep love for the Torres Strait and the people who live there. Their ministry, Vinyard Christ Rollerz Ministry in Cairns, touches people in Far North Queensland, right up to the entire Torres Strait. Andrew and Meker are parents and grandparents, successful church planters and host a ministry named Bridge Builders which aims to bring unity into the church.
Scroll to Top 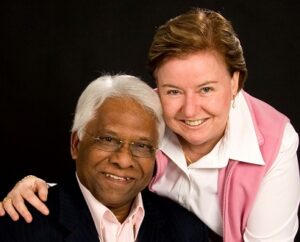 Pastors David & Tina Michael have been serving God and the community of Hume in Victoria for 28 years, with a passion for seeing the lost saved and their lives transformed, and those held captive, set free. Pastors David and Tina share a love and passion for their congregation, and community and seek Holy Spirit continually to empower them and guide them in doing the work for Jesus Christ.

Spirit Alive Church is a Family Church anchored to the Word of God living and teaching how to live a ‘supernatural life’ – naturally.

David and Tina are establishing a team of God chosen, passionate Leaders to lead and disciple the people of Spirit Alive Family Church. They thrive on a daily walk in intimacy and growth with the Father through a daily, vital and open relationship with Father, Son and Holy Spirit.

Pastors David and Tina share a love for Jesus with everyone they encounter and have an open heart to all who come looking for a spiritual home or a place of healing and are Anchored to His Word, to His promises.
Scroll to Top 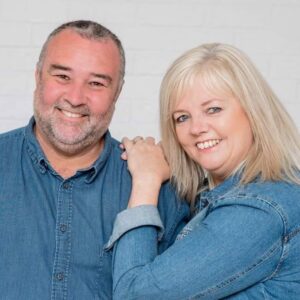 Darrol & Alison have been pastoring Sound City Church in Rockingham Western Australia for 28 years, which they have loved doing. They are passionate to see the Presence, Power and Purposes of God in people’s lives. Both Darrol and Alison love preaching the Word of God and building people’s faith through it. Their desire is to pastor a church where people are living in the revelation that God has a plan and a purpose for their lives.

Darrol has travelled to Africa, Singapore, Malaysia and the Philippines for ministry. His passion has always been to build people’s faith in God, to teach leadership and inspire people to serve God passionately.

The Mullany clan is made up of 3 married children, 4 grandkids, and hopefully more in the near future.
Scroll to Top

We are sorry that this post was not useful for you!